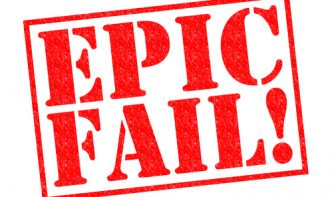 “Without revenue there is nothing else.” Susan Trivers

My Singular FocusSM philosophy to business growth includes both the Focus Areas of accelerating topline revenue and maximizing revenue from your best buyers. You must have a going concern with many customers and clients before you can identify best buyers and maximize revenue from them.

The Shaw Bijou, an extraordinary restaurant concept in Washington DC, flipped that on its head and flopped. It closed after only 3 months.

This restaurant was opened with the lofty concept of offering a many-course tasting menu for a fixed price of $185 per person before drinks, taxes and tip. After a month they offered a smaller tasting menu for $95 per person. They still did not do enough business to make a go of it.

One of the partners urged the others to dramatically change their concept both in terms of food and price. But the others refused. The partner who wanted them to change is quoted as saying “They didn’t pay attention to what customers want.”

Any story that begins with this statement is bound to be a story of failure. I have long said that unless you have buyers it doesn’t matter how great your offerings are. No buyers, no revenue, no business.

Are you bound and determined to introduce something in the market that’s really different? There is a time and place for that and The Shaw Bijou did not have either in its favor.

Let’s look at lessons from The Shaw Bijou disaster.

After a dozen or so experimental dinners they would have data to analyze. What were the most well-liked dishes? What did people think about the ambiance? Was it too long? Was it unsatisfying to have just a taste of things you really liked? Was it unpleasant to have to eat things that didn’t appeal to you? And so on.

They might have been able to construct a couple of complete menus of favorites which would have given them more solid ground for going live. Or they would have found the concept  is fundamentally flawed.

The $185 cost of a lengthy tasting menu was based on their costs and a profit margin, plus some markup for the rarefied experience. It doesn’t seem that they looked at their market and compared their concept to other high-priced restaurant meals in the region. For example the Inn at Little Washington is known as very high end, and is highly regarded and well-loved. People look forward to spending the money both for the wonderful experience and the delicious food.

The Shaw Bijou did not have any track record or history of either outstanding food or a rarefied experience that would justify the price in restaurant-goers’ minds.

Identify the Extent of Your Market

There are adventurous eaters who will try anything once. But can any restaurant really survive on the concept that each menu is different, that there are many unusual courses and you can’t be sure what you’ll get  any time you go there? Unless there are data suggesting that enough diners think like this to keep a restaurant going, it is a concept doomed to failure.

The Shaw Bijou failed in each of these areas. They could not attract enough buyers to accelerate their topline revenue.

How are you testing your concept, pricing right and identifying the extent of your market?

This site uses Akismet to reduce spam. Learn how your comment data is processed.

We use cookies to ensure that we give you the best experience on our website. If you continue to use this site we will assume that you are happy with it.AcknowledgedRead more